W H Smith don't sell CDs any more! You know, those small, round, shiny music disc things that made vinyl obsolete. They've not had them for five months now apparently due to the market annihilation caused by HMV and the Internet. This means I have to drive out of town (population 100K plus) to Mr Sainsbury's if I need an instant fix of Top 100 music. What's the world coming to eh? It's not as if I'm asking for something unusual or exotic - like Lily of the Valley talcum powder or something. Sigh.

And that's not all I've learnt this week.  What about these amazing facts: 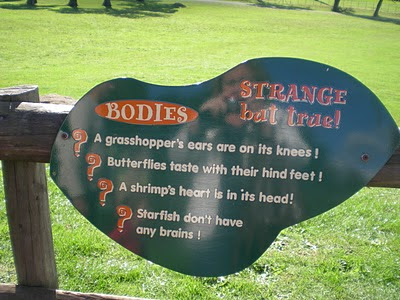 How did I get to be as old as I am without knowing this stuff?

But there's worse than that, my friends. I discovered yesterday that typing two spaces after punctuation that ends a sentence is wrong. One space is the rule and it has been since shortly after personal computers took over the world. I always knew that RSA typing certificate was a waste of time ...

But anyway, I did get my CD in the end. Here's a snippet:

And there's a new rule I just made up: You're only as old as the man you Google. So I think I'm doing all right on that front.

Have any of you learnt something new this week? Like Dimitri Levendis is on Twitter and is being very, very, naughty perhaps? I'm sure I got to him first you know, but then again, I could be mistaken.
Posted by Rachel Lyndhurst at 09:51