The summer holidays are in full swing and blow me down if we haven't had sunshine here on the south coast of England. It's lovely! Here are some pictures of a few of the things we've been up to: 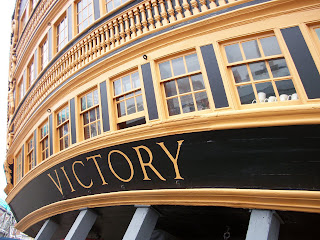 A visit to Portsmouth Historic Dockyard  to visit Lord Nelson's famous ship Victory is always a winner. It still smells of woodsmoke and its old wood creaks as if it's trying to tell you something ... 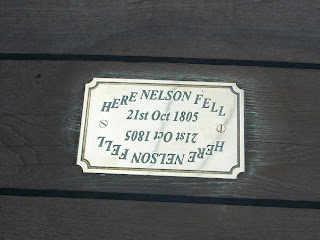 It just oozes history, launched in 1765 and still here for us to wonder at thanks to relentless restoration work. 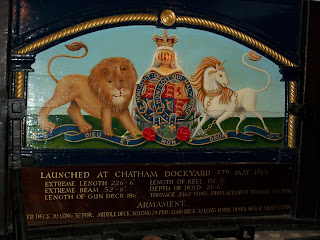 And then on to the Mary Rose exhibition, (the wreck isn't open to the public until later in the year as it's being rehoused) for a glimpse of life in Tudor England, followed by HMS Warrior. 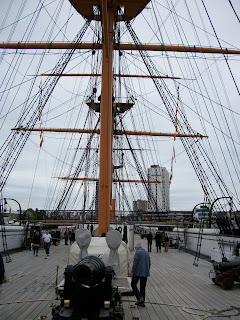 Built in 1860, she was the world's first iron-hulled armoured warship and the last survivor of Queen Victoria's Black Battle fleet. Powered by steam as well as sail, she's a formidable sight and still floats in Portsmouth Dockyard today. 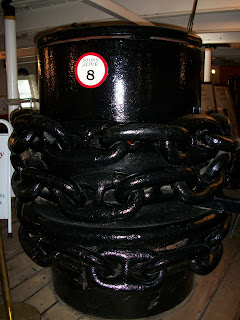 The chains and ropes are everywhere - it's difficult to convey the scale of some of them, let alone the sheer weight that the sailors had to haul around. This lump of metal is taller than me, so you can see just how big those links are. 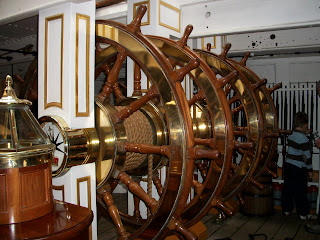 And if I'm not careful the urge to write something historical or Steampunk is going to overwhelm me soon. Or a paranormal time slip ... 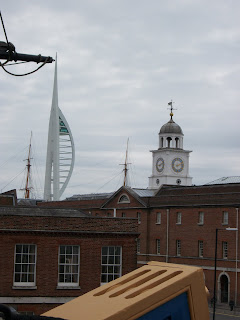 Can you see the modern Spinnaker Tower in the same shot as a much older clock tower in the dockyard? They look quite close together, don't they? They're not. Parallel worlds? The possibilities ...

More history and nostalgia followed on a steam train ride along the Watercress Line from Alresford to Alton and back. Cutting through the wonderful Meon Valley and it's crystal clear chalk streams ... 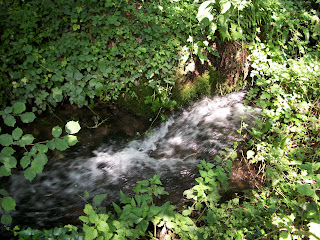 With coal smoke in our nostrils and the vibration of the steam engine pulsing through our bodies we were transported into a world of black and white film, Cary Grant, sliding doors and First Class compartments. Even the little stations along the way were in period costume:

I couldn't resist this one! 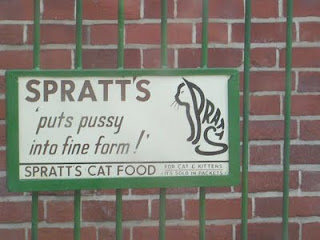 Right, that's your lot for now, the sun's out and I have books to read in the garden. Two of the TBR pile have been dealt with, and now I'm going to attempt my first ever Jackie Collins ... Wish me luck!!
Posted by Rachel Lyndhurst at 15:05