Something for the weekend with Sally Clements

Yes, I know it's a day early but later today I'm visiting over at Lush Book Reviews where I'm talking about how I started writing romance. And then I'm getting my hair done. So I thought I'd spoil you with an equally lush treat: 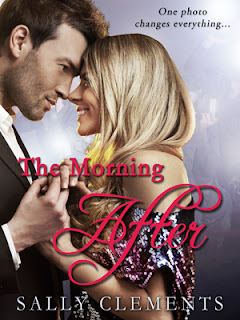 The Morning After by Sally Clements is FREE on 1st and 2nd March (Thursday and Friday).That's today and tomorrow!!

One photo changes everything…


A mortifying incident in her youth has shaken sense into Cara Byrne. No more bad-boys. No more getting arrested. Instead, hard work and good behaviour has earned her a job teaching at the local Boys Secondary School, and a proposal from a worthy man. So what if he doesn’t exactly light her fire –surely passion is overrated?

When her friend since childhood, Ethan Quinn, storms back into the small Irish village he left to pursue a career as a Hollywood action hero, she’s stunned to discover she’s as susceptible to his lethal charm as every woman in the world. And when a compromising photograph floods the media of them in a clinch, her almost fiancé reveals his true colours, CarEthan starts trending on twitter, and she loses her job, could anyone blame her if she accepts his invitation to hide out at his Malibu beach house?

Ethan loves women, but never lets his girlfriends into his heart. He’s failed at being there in the past, and won’t put his heart on the line for anyone, ever again. But Cara’s a different matter – and when passionate attraction is added to his friendship with the one person he’s always confided in, he’s thrown for a loop. Cara’s lost everything, and like it or not, he’s responsible. There’s no fighting the attraction that blazes between them – but when the month long affair is over, will he ever be able to let her go?

So what are you waiting for? Grab it now while you can!
Here:
Amazon UK
Amazon.com
Posted by Rachel Lyndhurst at 10:51