That's right, you're not seeing things - this is my second eBook release in under a week. So I'm not a pretty sight right now and neither is the house, but Ricardo Almanza certainly is ... 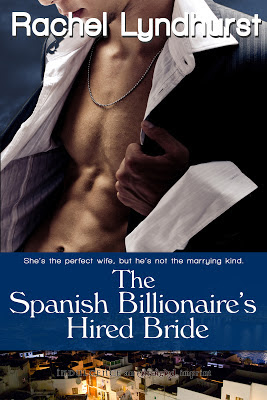 He bought her with cold, hard cash, but can she stop him from stealing her heart?

Blackmailed to marry against his will, Ricardo Almanza needs a wife before he’s thirty, and time is running out. A notorious playboy, marriage is the last thing he wants, but his stepmother’s sexy, debt-ridden personal assistant is the perfect solution. He makes her a business deal she can’t refuse—one million euros for three months as his wife. He might even enjoy being married to her … if she doesn’t kick the crap out of him again.

Helen Marshall can’t believe she’s considering Almanza’s outrageous proposal, but she must help clear her parents’ debts or they face financial ruin. The small print on the marriage contract changes to read three months as his wife in every way—including in the bedroom. Has she gotten in too deep, or will she need a new contract addendum, extending their marriage forever?

It gets hotter than Ibiza in August in this one, readers, so you have been warned!

Available now wherever eBooks are sold including amazon.co.uk , amazon.com and barnesandnoble.com

Posted by Rachel Lyndhurst at 14:06