I've finally whipped the feather duster out and discovered my trusty laptop still works in spite of the dust that's accumulated on it - so here's an update on what I've been up to in the last few weeks.

After too many rain-soaked, miserable UK school holidays in the last few years we decided to chuck some money at the problem and leave the country for a week in search of some sunshine. Without upsetting the schools by taking the children out in term time, of course ...

No internet, no phone (I trod on my hideous Blackberry the day before flying!) just sun, sand and a selection of paperbacks I wouldn't normally read. And no trudging up hundreds of steps this year - ten seconds to the beach is quite enough. The view from our balcony and the master bedroom: 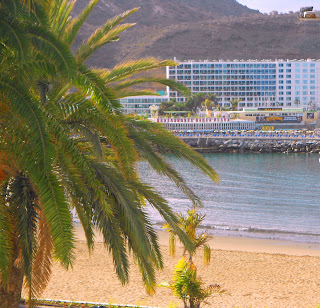 There was a flat screen telly in the apartment, but there were only two English speaking channels: BBC Global (surprisingly dull) and something called Clam with cartoons. Although after a few cervezas TV Canaria had its moments, reminding me of how innocent Saturday night viewing used to be in the UK. This is one of my favourite bits - it might have been the beer but I still laughed myself silly.


There were also a few 'firsts' on this holiday: I didn't take a hairdryer, didn't wear makeup on the beach and did no more catering than boil the kettle for tea. However I did go into a restaurant and say (for the first time ever) "I'll have the lobster." 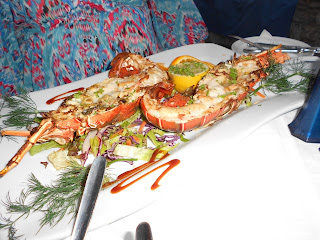 Seven days passed all too quickly and I felt very sad to be coming home, but I needn't have worried because  things were kind of similar back in the UK. The sun was shining, my Blackberry still didn't work and someone doing roadworks in the Portsmouth area had severed Virgin Media's big fat underground cable. Thus, no broadband internet or television for 48 hours. Maravilloso!

Seven washing loads later and I've broken the back of the washing, so it's just another book to write before the big summer holidays hit ... but I'm feeling ever so relaxed these days: 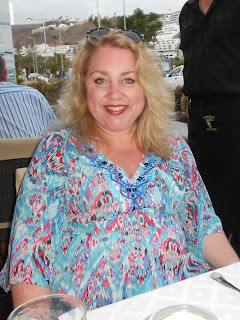 Posted by Rachel Lyndhurst at 11:39