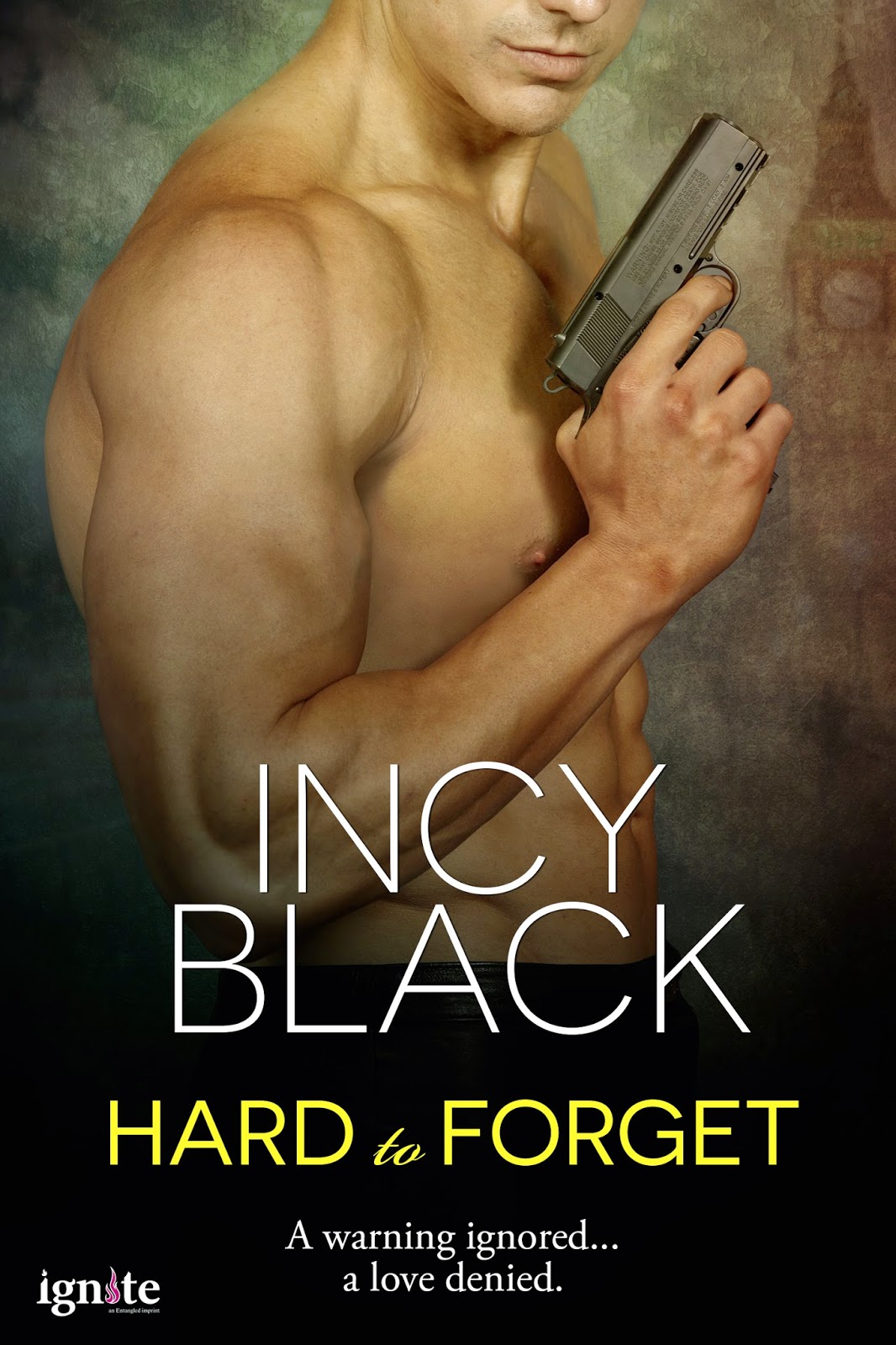 Hard to Forget: isn't that a cool title?  And the cover of this new title from my lovely friend Incy Black is equally memorable. So I'm thrilled to welcome Incy here today to tell us a bit about her explosive new book from Entangled Ignite. Over to you, Incy!

Ode to a Strong Woman


Major Jack Ballentyne, mega alpha-hero in Hard to Forget, tends to grab most attention, because when he’s being a dick, his behavior seemingly knows no bounds. However sexy, he’s still a man without conscience. A man in denial. And it was always going to take one hell of a woman to bring about this British Intelligence Agent‘s redemption. Enter disgraced Lowry Fisk—the woman Jack shot, then had court marshaled.

Fragile on the surface, Lowry’s backbone is made of steel; her inner strength sets her apart. Buried within her are the qualities all women share, to whatever degree, though they may not realize it.

Lowry wasn’t easy to write, at times it felt impossible. But then I looked to women in the media, women sharing on line, and above all, to my friends. Each was ‘making a difference’, quietly, in their own inimitable way. And, in each one of them, I saw strength. So, high-five to being female!

Extract from Hard to Forget:

The absurdity of the situation struck, she started laughing. “Do you have to intimidate everyone, Ballentyne?”
“If it gets the job done.”
Her laughter stopped at the word ‘job.’  “And to hell with the consequences?”
She flexed and wriggled against him. He released her. She stepped away to give them both some distance before turning to face him, appalled by the sob stuck in her throat. She wouldn’t cry. She never cried. She might never stop. “You should have asked your stupid questions and listened to my answers four years ago, Jack, because that was your job,” she said quietly.
His hands cupped the curves of her shoulders. “I’m asking, and listening, now.”
“I think you might have left it too bloody late. Patient Peter’s invincible, and he knows it. You and—”
The kiss he brushed across her lips was as unexpected as it was shockingly inappropriate for its timing. But not as shocking as his second pass, his mouth now more certain. Firm and more insistent. Transforming from casual to demanding as if her surrender was not just inevitable, but worth the risk and what the hell.
And nowhere near as shocking and inexplicable as her response. Feral and urgent. Like a wild animal caged for too long and suddenly released.
It was she who closed the distance. She who raised her arms to clasp him closer. She who hung on tight. She who opened to allow him a deeper taste. And she who all but climbed his body in need.
He was the one who pulled back. Unwinding her legs from around his waist, he set her firmly aside.
“I kissed you to shut you up about Patient Peter, Lowry, not to start anything,” he said softly. “Think twice before you beckon me down that road, because I won’t apologize later for taking what’s freely offered.” A calm warning. A slap in the face.
She returned the favor.
Her palm made contact with the flat of his cheek with enough force to knock his face from front to profile.
A spurt of bullets riddled an uneven line in the plaster above her head.

Posted by Rachel Lyndhurst at 10:11